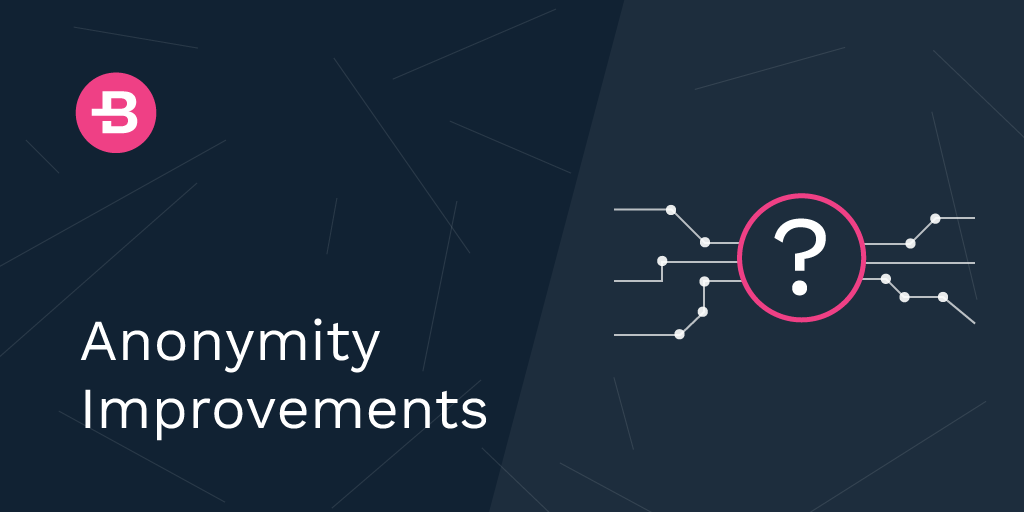 Making an anonymous and untraceable cryptocurrency is, by no means, an easy task; blockchain is by default a public system. This is why Bytecoin developers were prompted to use unconventional methods to achieve anonymity: ring signatures to facilitate that anonymity and untraceable addresses to facilitate unlinkability. In this article, we want to examine these systems and describe what the upcoming changes to consensus regarding anonymity are all about.

Ring signatures are an elegant solution to a complex problem: how to make blockchain verifiable, but at the same time preserve the anonymity of senders. They solve it by allowing senders to mix other coins into the transaction to obscure the true origin of value in it. This system offered seven degrees of anonymity to the users: from 0 to 6. This number corresponds to the number of outputs (sometimes called coins) that are mixed in with the senders output in the transaction.

Bytecoin developers were surprised to see increased interest towards 0 anonymity. Turns out, users loved Bytecoin not only for its privacy and security, but also for its speed, reliability, and ease of use. It is important to say now, that by selecting 0 anonymity, the user still does not reveal their address (they are never revealed in Bytecoin). But what he does allow is anyone to track the movement of value between this user’s transactions within the blockchain by connecting coins created in one transaction to their spendings in other (this is called linkability).

In order to prevent this, Bytecoin developers have decided to configure the daemon in the new release to send transactions with minimum anonymity being greater or equal to 3. In addition, the mix-ins are now carefully selected only from those coins retaining their obfuscating value. This small adjustment makes all value movements obscure and makes all spendings more secure.

While this configuration may generally require a little more economic effort (although 0 fee is still allowed), it brings a lot of value to the technology. Bytecoin has always been about security and privacy, and it is better to keep it true to its roots.

You can test out the new features soon in the Amethyst Beta release on the 12th of December, 2018. Stay tuned!

The topic of this article was selected at Bytecoin’s official Twitter page. Stay tuned for new polls.