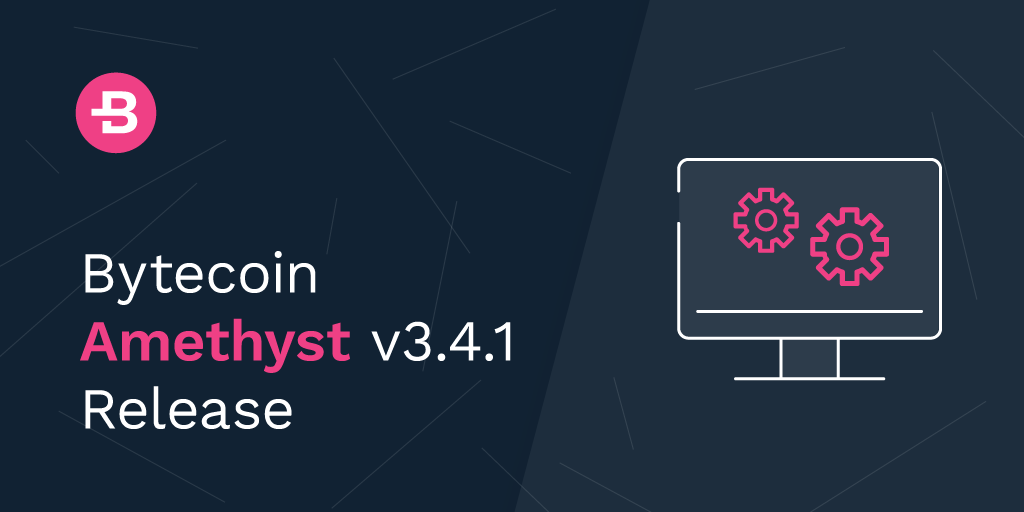 The Bytecoin Team is releasing Bytecoin Amethyst v3.4.1, containing several important fixes and improvements that are crucial to a speedy hardfork adoption.

At the forefront of the release is the improved interaction between the software and the memory pool. This change eliminates transaction processing lags and memory pool overflow.

In addition to that, the release features the following additions and fixes:

Furthermore, some additions to the API have been made:

The Bytecoin devs would like to thank everyone who has contributed to reporting on the software’s behavior. If you have any questions, don’t hesitate to contact us via support or social media.