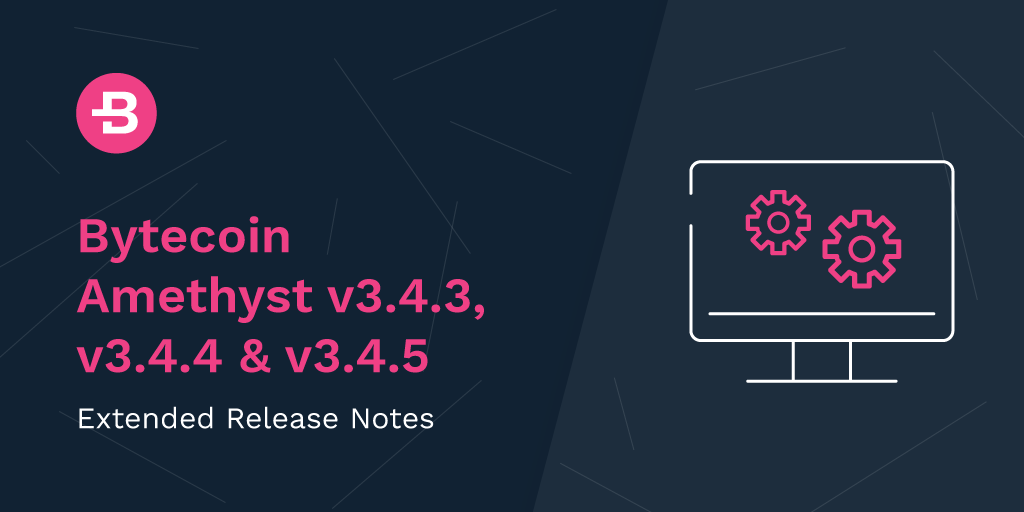 These are to make Bytecoin software faster, safer and more reliable:

Sometimes in order to make an improvement to the API, we have to discontinue support for some functions. We announce such deprecations here.

Release v3.4.5 contains several fixes and improvements that will be best appreciated by miners, exchanges and other integrators.

API deprecations (will be removed in the future):