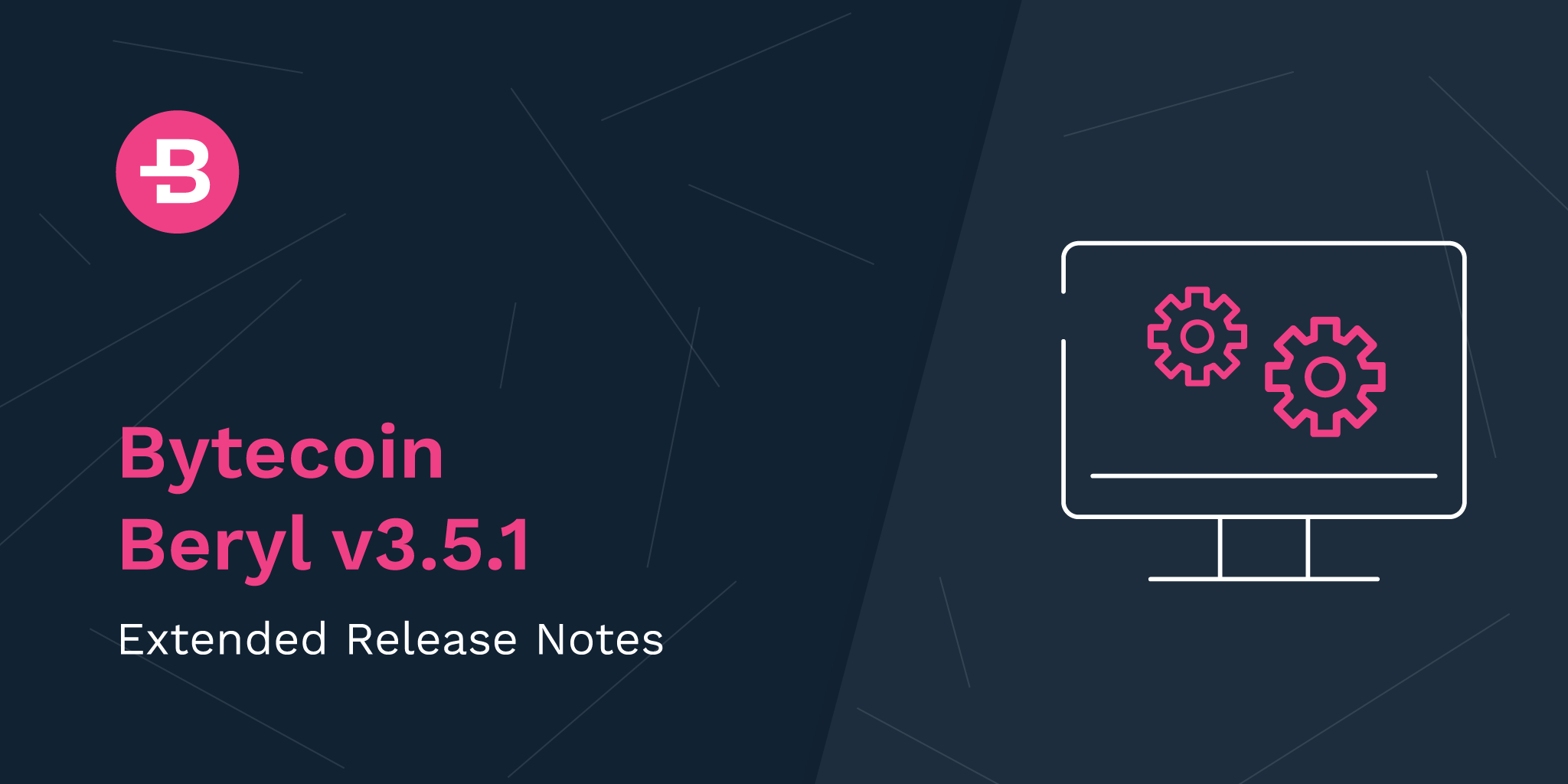 The Bytecoin Devs constantly monitor our software behavior and release fixes when necessary. Here is a list of fixes and optimisations in v3.5.1:

Since Bytecoin is a kind of software that deals with funds, the Bytecoin devs pay special attention to examining it for errors. Here is a list of all the security related changes and fixes:

Sometimes in order to make an advancement, some previously-developed functionality has to be deprecated. Here is a list of incompatible API changes for our integrators:

You can download the updated software in the Downloads section.