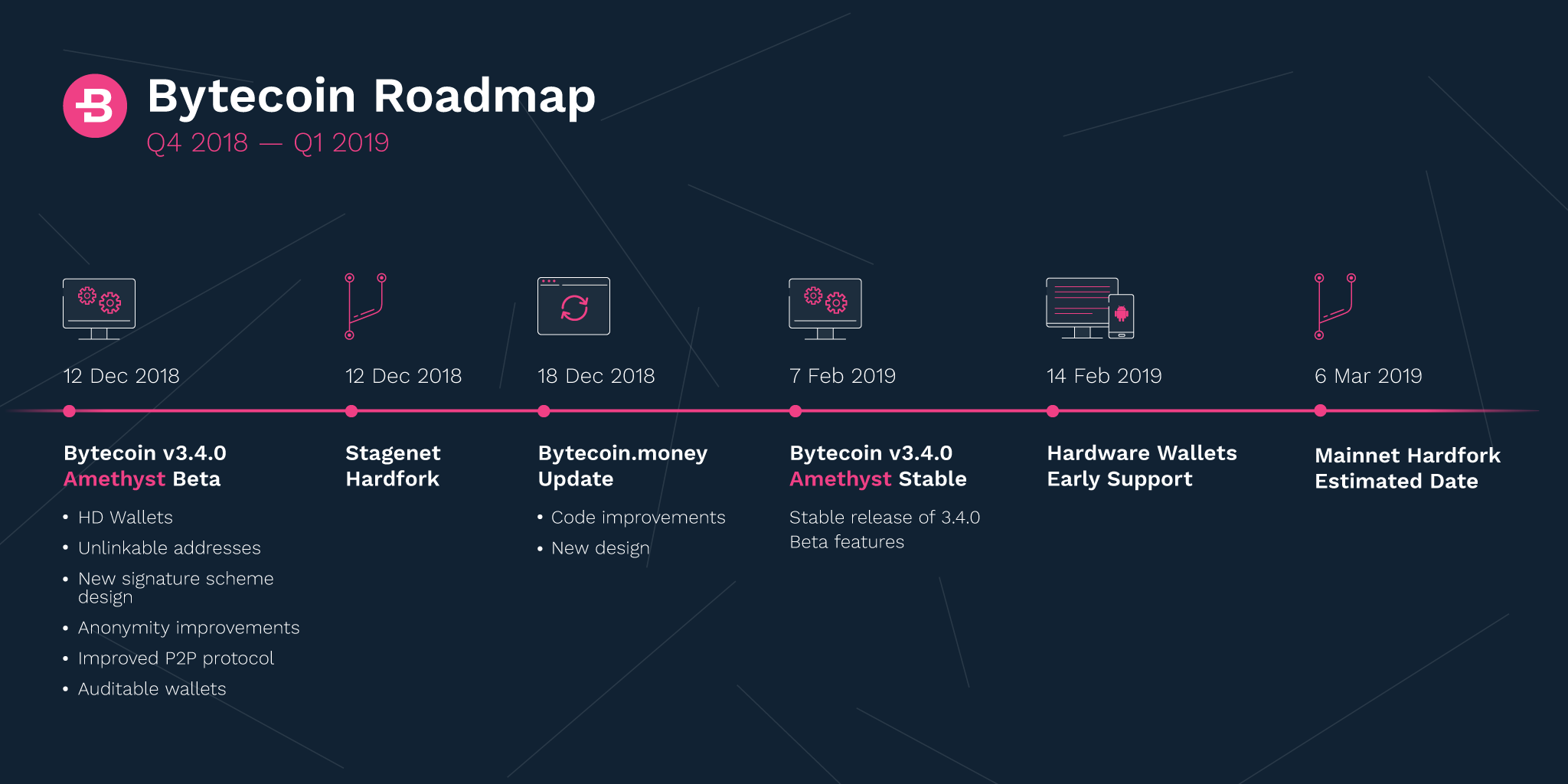 For the past several months the Bytecoin Team has been working on a series of very important features and innovations in the Bytecoin software. A lot of work has been done and now it is possible to put the release dates of these features on the timeline. Here is the Roadmap for the Bytecoin project for the end of 2018 - the beginning of 2019:

December 12, 2018 is the date of the release of version 3.4.0 Beta. This major release of Bytecoin software brings a series of crucial innovations to the Bytecoin Desktop and the Bytecoin Daemons. All of these additions have appeared as the result of the research and development carried out by the Bytecoin Devs.

It is important to point out that that all of these features will be available in the Stagenet first. With this statement, the Bytecoin Team announces hardforks in the stagenet and in the mainnet. All features, apart from the improved P2P, will be available only after the corresponding hardforks:

The next big announcement from the Bytecoin Team is the release of an updated bytecoin.money web wallet on the 18th of December. This popular resource will be redesigned and optimized.

Finally, on the 14th of February 2019 the Bytecoin Team will release the Bytecoin beta software for hardware wallets. Hardware wallets are becoming increasingly popular and are a perfect solution for security-conscious users. Ring signatures are difficult to implement on specific hardware, so this is a major milestone for the Bytecoin ecosystem.

The upcoming roadmap is probably the most diverse and innovation-rich roadmap so far. Stay tuned to the upcoming events.