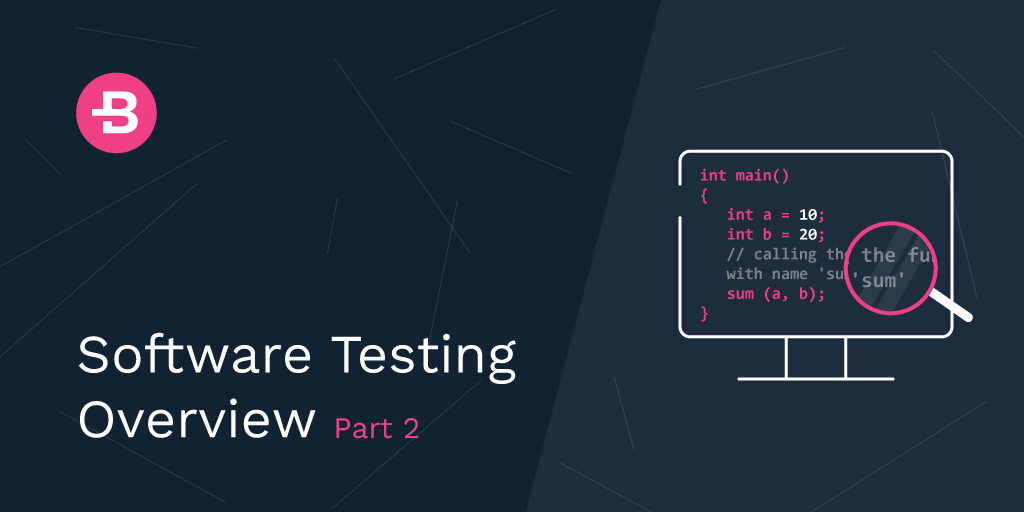 This article is the second installment of a two-part series on the Bytecoin blog. We have already established what software testing is and what testing methodologies are used by different teams around the world to identify and eliminate errors and problems from their products.

In this article we will describe the concept of testing levels as well as explore miscellaneous testing techniques.

Testing levels define the scope at which the software is examined. Broadly speaking there are four conventional testing levels: unit, integration, system and acceptance. The tests are often grouped by level for convenience.

Unit refers to the smallest independent piece of code - commonly a function or a class. By testing these building blocks of an application, testers are able to make sure that they can function independently from each other and the errors from unit level are not carried over to latter stages of testing. Due to its nature, unit testing is usually the first testing activity in a product: it can be carried out long before a product is ready.

Integration testing is a process when individual blocks of software are combined and tested together as a group against specified functional requirements. There are multiple ways to approach Integration testing:

System testing is as straightforward as it sounds: it is a test of a finished and completely integrated system against its functional requirements. These tests can reveal mistakes that were not caught at previous levels of testing as well as show how the system operates as a whole.

In acceptance testing the system is not only tested as a whole, but also as a an entity being integrated into a production environment and interacting with other systems.

There is a great variety of testing techniques, so we want to focus on the most unconventional, exotic and out-of-the-box ones:

All things considered, testing is an inalienable part of software development and should be treated as such. The size and complexity of a product directly correlate with its potential for testing.