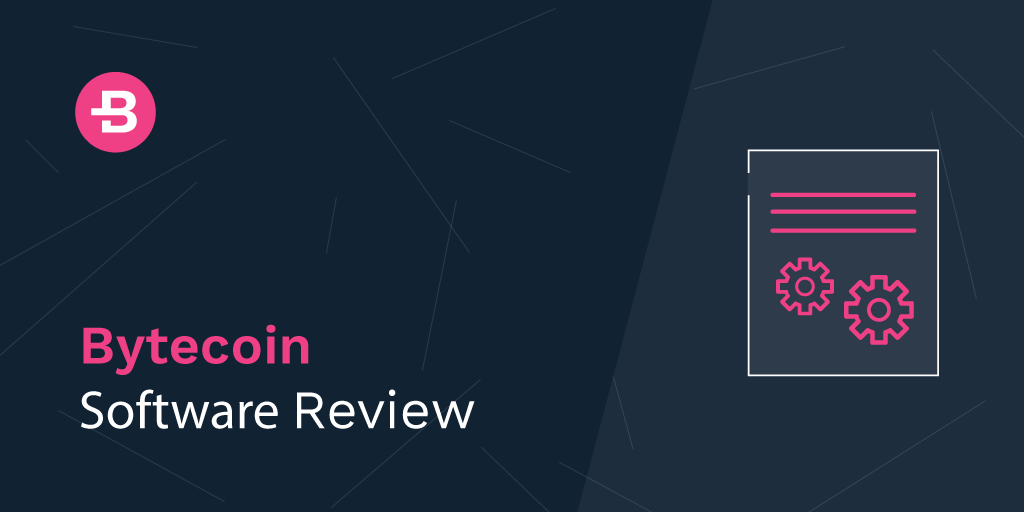 Since the creation of Bytecoin developer repositories the project has seen 24 software releases, arriving and departing partners and a lot of feedback from the community. The challenges we have faced and the feedback gathered from the community have been invaluable to our growth. Accordingly, we have decided to take a look back on what we’ve accomplished since the creation of the new software repositories technology-wise and the impact theses developments have had.

The new Bytecoin software repository’s first commit with the beta release of version 3.0.0 came on February 7th, 2018. Since then there have been 24 subsequent releases. Each release brought a considerable amount of fixes and improvements: unlike some other software developers, the Bytecoin devs prefer to arrange small changes in version updates to facilitate adoption.

In the first quarter of 2018 the devs were focused on API improvements. API (Application Programming Interface) is a standardized way to make software interact with the bytecoin software. There is no doubt that a convenient API would stimulate Bytecoin adoption in the  technical community, so some work was done with that in mind.

In addition, the Team decided to continue supporting ASIC devices as a way of protecting the Bytecoin network. PoW is a safe way to power the blockchain, but requires careful adjustments and meticulous observation.

In mid-summer High Load Resistance Release was revealed. The main feature of the release was the Payment Queue - a software component that manages new transactions until they are reliably embedded in the blockchain. The increasing demand for Bytecoin had lead to unforseen software behaviour in high-load conditions that placed some challenges in front of the Bytecoin devs.

When an exchange performs payouts, it typically assembles transactions from funds that are stored on its addresses. Due to the fact that it takes time for a TX to be placed in the memory pool, and then into the blockchain, sometimes coins were duplicated in different transactions. Since the same coin cannot be spent twice, the software denied access to the recently spent coin. The payment queue was an original Bytecoin solution that helped  avoid such TX composition errors in a high-load workflow.

Towards the end of summer the Testnet/Stagenet was introduced. Stagenet is an almost identical copy of the Mainnet blockchain that can be used by developers and enthusiasts for testing purposes. This release allowed developers to test their software with Bytecoin just like in production, but Stagenet BCNs are of no value, so any errors could be localized and fixed with no consequences for the network.

Bytecoin Amethyst Beta software was successfully tested by the Bytecoin devs in the Stagenet in late autumn. It proved to be a very useful instrument in software development and integration.

And last, but not least, at the end of summer Bytecoin released a mobile app for Android. The modern-looking app was a convenient tool to access user’s accounts on a bytecoin.money web wallet right in their pocket.

The Autumn started with the announcement and successful completion of a hardfork. The hardfork brought Dynamic Fees and over 60 various improvements to the software.

On September 13th the Team released an article called Cryptography behind Bytecoin that gave an overview of hashing and the digital signature algorithms that make up the foundation all cryptocurrencies are build upon. This article is one of the most viewed technological articles on the Blog to this day.

On November 15th 2018 a new roadmap was released, announcing updates to the web wallet interface, early support for hardware wallets, and, most importantly, the Bytecoin Amethyst v3.4.0 release. This release features new deterministic wallets wallets that allow users to create and recover wallet files with a mnemonic, auditable wallets that can serve as public observable wallets with new cryptography, and several other technological improvements that make Bytecoin faster and more secure.

The first announcement in 2019 was the introduction of the support for Blockchain Gateways - a technology that allows for a connection to be established between different blockchains.

Finally, in 2019 the Team has also released a new roadmap for the year. It features a continuation of integration with hardware wallets, functional Bytecoin Desktop updates, secure messages and hidden amounts.

In addition to that, v3.4.1 was released in 2019, introducing specific technological improvements.

The Bytecoin Team is grateful  for all the constructive feedback it received from the community in the above-mentioned period and looks forward to even more productive months to come.